With Christmas just around the corner many parents will be turning to digital devices to be the present their teen or tween child will be most excited about. Many of these newly purchased devices will be disappearing into the bedrooms of children with doors closed. Parents need to be very concerned about how these devices are then being used for live streaming and how they could be leaving children of any age vulnerable and exposed to alarming risks.

As such, great respect must go to the BBC for the work they have done to bring online safety concerns to the top of the national agenda this week. 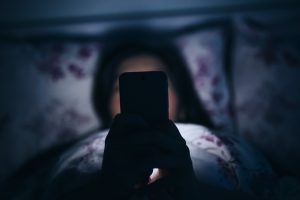 On Tuesday (5th December) they ran the headline ‘Child exploitation: Live streaming an urgent threat’. The report centred on research of the National Crime Agency which has found abusers employing treats, dares and threats through live streaming apps to manipulate children into nudity or sexual acts. The full article can be accessed here.

To support this report, the BBC also released an investigation by Internet safety campaigner Qudsiyah Shah in which she posed as a 14 year old school girl on three live streaming apps, namely Periscope, Live.me and Omegle. In all three cases Qudsiyah was almost instantly bombarded with sexual messages, requests and live video streams of men exposing themselves. See the video report here.

And yesterday (6th December) the BBC maintained this focus on online safety by reporting on research from Childnet which made a number of startling revelations including:

Parents providing digital devices for their children to use them unsupervised, including privately in their bedrooms, need to be made aware of these issues. We thank the BBC, Childnet and Qudsiyah Shah for the fantastic work they are doing to raise the profile of these incredibly important issues.