The year 2016 marked the tenth birthday of Twitter. Following a decade of people expressing their thoughts, musings and observations in 140 characters or less you would think that we would all be a little more aware of the damage we can do to ourselves with the world’s most popular micro-blogging website. Unfortunately, this does not always seem to be the case. Join us to browse through the nine people who gained most news coverage when they were sacked from their jobs following their tweets in 2016.

We had to wait until February for the first big news Twitter-related sacking of 2016. You would expect staff working for a huge, multinational technology company to be savvy about possible implications for their use of social media. Unfortunately for Ms Jane, one slip up ended up costing her job. Unhappy at struggling to make ends meet in San Francisco on her starting wage with the company, she composed a lengthy letter to Yelp CEO Jeremy Stoppleman detailing her struggles. In itself, sending the letter would have probably been fine. The problem occurred when Ms Jane posted the letter on her Twitter account and shared it with the world. Most organisations have social media policies in place for their employees to adhere to which forbid critical comments about the organisation to be made. This was the case at Yelp and left her looking for alternative employment. 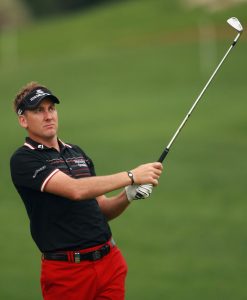 Being heckled by members of the public is part and parcel of being a professional athlete in many sports. Golf is one sport which has largely escaped this. However, in March Ian Poulter had somebody shouting across the fairway in attempt to put him off. Karma was quickly restored as a result of the culprit, JJ Downum, bragging about his efforts in a tweet. The tweet came to the attention of Poulter, who himself took to Twitter and tweeted a screenshot of Downum’s tweet to his own followers… all 2.18 million of them! Poulter also made sure to bring it to the attention of Downum’s employers, who decided that such public displays of inappropriate and unprofessional conduct were below their expectations and sacked him. The key message for everyone to learn: even when your activities seem unrelated to your employment, you are still a representative of your company and they may take action if they feel your behaviour reflects badly on them. Oh, and don’t mess with Ian Poulter!

The first well-publicised Twitter-related sacking of 2017 took only four days to arrive, with a non-league footballer sacked for highly offensive tweets aims at a premiership footballer. However, he is not the first footballer to be looking for a new club following poorly thought-out tweets. In March 2016 Gresford Athletic FC “severed all ties” with footballer Jonny Taylor after offensive tweets and retweets about fans who died in the Hillsborough disaster. One of the most outspoken critics of the young footballer’s actions was his own father!

May 2016 saw Catholic primary school teacher Anne-Marie Clements sacked by her school and pleading guilty in court to a series of “grossly offensive” tweets which were abusive to Protestants and glorified the IRA. Defence solicitor advocate Alastair Milne described the case as “a tragedy” and said his now unemployed client’s life had been ruined by her online activities.

Speech of a lifetime

‘Michelle Obama’s stirring speech brings Democratic convention to tears’ and ‘speech of a lifetime’ we’re just two of the enthusiastic headlines which greeted the First Lady’s speech at the Democratic National Convention in July. Not everybody was such a fan. Michigan loan officer Lisa Greenwood faced a huge Twitter backlash after tweeting “beautiful? She’s an ugly black b****”. Her employer soon tweeted that “the individual who made reprehensible comments regarding last night’s speech by the First Lady is no longer employed by First Point Financial”.

Read more on this story. Please note, the article we link to here indicates that Ms Greenwood’s mistake was tweeting using her real name as this allowed her to be traced. We’d suggest that tweeting such outrageous comments was the real problem! Suggesting all would have been fine if she’d used a fake account or kept her name secret seems to rather miss the point.

Whereas the majority of the people on our list lost their jobs for a single tweet, PC Graham Wise was sacked by Cleveland Police in August for an extensive catalogue of offensive tweets. Notable tweets included calling actress Daniella Westbrook a “washed up cokehead with one nostril” and, with reference to the estate where TV show ‘Benefits Street’ was filmed, “bulldoze it, preferably with the majority of people still inside it”.

One of the most highly publicised post-Tweet sackings of the year occurred in September. Coronation Street actor Marc Anwar, born in Pakistan, made a number of shocking racist tweets aimed at Indians in general and some aimed specifically at high-profile Indian politicians. ITV said in a statement: “We are deeply shocked by the entirely unacceptable, racially offensive comments made on by Marc Anwar. We have talked to Marc and, as a consequence of his comments, he will not be returning to Coronation Street with immediate effect.”

One of the biggest news stories towards the end of 2016 in the UK saw ever increasing numbers of people coming forward to report historic sexual abuse within youth football. While most people admired the bravery of those coming forward and showed compassion for the years of anguish the victims had faced, darts legend Eric Bristow caused outrage in November through tweets in which he suggested that the victims were not ‘real men’ for not ‘sorting out’ their abusers. Sky Sports soon released a statement to indicate that, following his tweets, they would no longer be using Eric Bristow as a pundit.

The final big Twitter-related sacking of the year remarkably came in December from within the transition team of President-elect Donald Trump. Michael Flynn Jr was sacked because of his role in using Twitter to spread ‘#pizzagate’, a wild chain of false claims imagining that a Washington pizzeria is a front for a child abuse and trafficking ring led by Hillary Clinton and John Podesta, her former campaign manager.